Strengthening the influence of the Chevening network across Macedonia 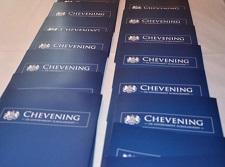 The purpose of this project is strengthening MCAA position in the capital and establishing new partnership and cooperation, enhancing the image of Chevening scholarship and the British culture and heritage.

This project is funded by the Chevening Alumni Programme Fund (CAPF) and will be realized in the period August 2015 – November 2016. This project is aiming to position MCAA as the most influential international scholarship network in the country. Alongside the promotion of the MCAA, the scholarship and the British culture and heritage, the project will try to bring a new perspective into the light – what the Chevening alumni can bring back to the community.

In the scope of this project realization of two activities is planned:

both taking place in Skopje, Macedonia.