Macedonian Chevening Alumni Association – MCAAWith the aim of ensuring continuation of the regional cooperation with the Chevening Alumni Associations of Southeast Europe and with the great help of the Embassy of the United Kingdom, MCAA organised the 2nd SEE Chevening Alumni Conference entitled “The Chevening Contribution to Macedonia and the Region” which took place on November 3, 2012 in Skopje, Republic of Macedonia. A number of prominent Chevening Scholars participated in the conference as well as the British Ambassador to Macedonia and other representatives of the Embassy of the United Kingdom and representatives of the Chevening alumni associations from Albania, Bosnia and Hercegovina, Bulgaria, Croatia, Kosovo and Serbia. The conference was regarded as successful, since it enabled the introduction and exchange of ideas centered around the possibility to succeed with knowledge and skills provided by education in the UK as well as initiation of joint activities in the future. 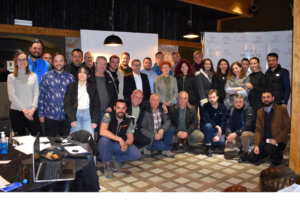 As part of the project ‘Digitalization of Governance as Tool for Rejuvenating Democracy’, on 15th of March the MCAA is organizing a workshop – ‘Challenges and opportunities for sustainable development of the national parks in Republic of North Macedonia’ – … 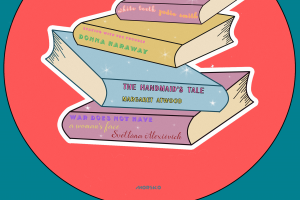 MCAA Donated Books to the Share a Woman Author Initiative